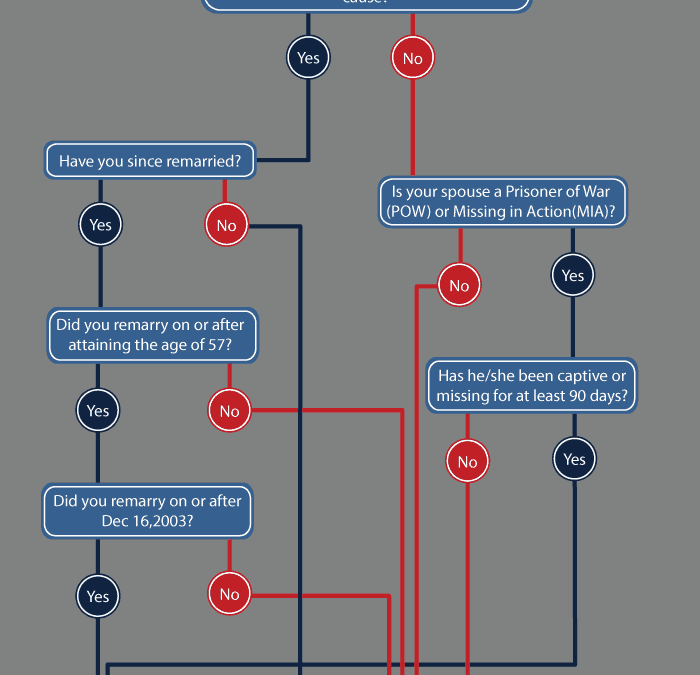 I have been asked many questions about the VA Home Loan guarantee, but none as serious as the one asked by Amanda (Name changed for privacy) regarding the use of the VA benefit to a surviving spouse. Regrettably, her husband lost his life while he served early on in Operation Enduring Freedom. Before he was deployed they were living in an apartment and had planned to buy a house. Due to the nature of events that took place in the fall of 2001 those plans changed.

Hind sight is always 20/20 and it was years later when she asked me if she could have and should have used her late husband’s VA benefit.

Let’s say Amanda is the surviving spouse and her husband lost his life due to a service or service connected cause. She has not remarried and is supporting herself and two small children.  She has even moved into her parents’ house to get back on her feet again. She has been saving money and now wants a place of her own but still close to family.  This is what the surviving spouse benefit was designed for. That in-between time when a spouse has come to that point in the healing process of “Now what?” The above scenario is ideal because Amanda wants to raise her children close to family and wants a place of her own. She can use the surviving spouse benefit to buy a home and move forward with her life.

Now, let’s take a look at the same situation but change the scenario. Amanda is caring for her two small children and instead of buying a home she moves out of her parents’ house and rents an apartment.  She continues to reside in her apartment, earning a decent income and relatively content until she notices that each time she renews her lease they up the rent by $20 or $30. This nickel and diming routine sets her thoughts in motion about the cost of renting vs owning. As she examines her rent payment and how much a mortgage payment would be, she comes to the conclusion that she would be happier and financially better off if she were to buy a home instead. Now during this time she has met a gentleman and even remarried and this has given her more of a reason to buy rather than rent. The difference in this scenario is that she has remarried and done so before attaining the age of 57 on or after December 16, 2003 and must find a different loan option because she is no longer eligible for the surviving spouse benefit.

Should I have used it?

When “Amanda” asked me about using the surviving spouse benefit, she had remarried and confessed that she had felt torn about using it. I can only speak for myself but believe other spouses would feel the same way I did when I deployed, that in the event something were to happen to me I wanted to make sure my wife was taken care of and I would have wanted her to use the benefits she was entitled to.

This lets me “Segway” about a POW or MIA spouse. If your spouse has been a prisoner of war or missing in action for at least 90 days, then the surviving spouse is eligible for the VA benefit. Now I did attend SERE school (Survival Evasion Resistance Escape) and it was supposed to have prepared me for the “in case I got captured” scenario and I must say the thought of 90 days of being a Real Prisoner of War is unimaginable. What I endured is not comparable to what really happens to POW’s today. In my training, the more time I was able to evade capture, the less time I had to spend in captivity. I was fortunate enough to evade capture for the course’s maximum allowed time and was then forced to surrender so that I could spend time in the captivity portion of training. My minimum required time as a POW in training was far less brutal than my friend, who was captured within hours of the evasion portion of training. What we both endured in SERE training is nothing compared to the real thing and the fact that one must have undergone 90 days of the real thing is like going duck hunting with anti-aircraft guns, it’s a bit overkill in my opinion. Still if your spouse is POW/ MIA for 90 days or more, then you are entitled to a one time VA Home benefit use.

The Rules Of The Road.

Now if Amanda in our scenarios remarries, she is no longer eligible unless she remarries after she turns fifty seven and even then she must have remarried on or after December 16th of 2003! Confused yet? Well there is a lot of legal jargon that is written to satisfy conditions for the surviving spouse benefit use. You can take a look at the flow chart provided or the quick look chart and see how those rules and conditions are broken down. Thankfully, those rules are not as daunting as they may seem and it does get better. Here is why. Many of these “What if” scenarios are evaluated on a case by case basis and you really don’t know if you are eligible until you submit what is called a Form 26-1817. Filling out this form is the first step in finding out if you are eligible because there are so many different situations and circumstances surrounding the surviving spouse benefit that if you want to be certain about a benefit you have to ask for it. As a friend of mine once told me “If you want to eat, you have to open your mouth.” In answering my friends question and writing this post I have had to consult those conditions and have come to the conclusion that it is better to ask and apply than to continue to speculate.