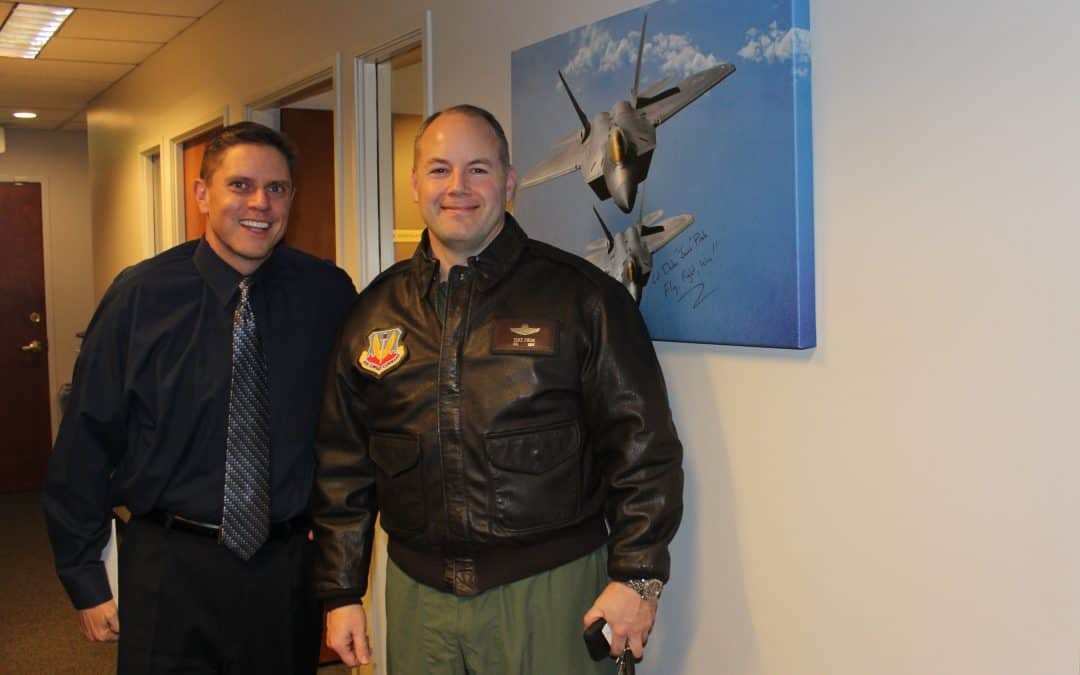 Creekside Mortgage had a great experience today! We had the Colonel of the 142nd Fighter Wing in Portland visit our office today. As we were showing him around the office he noticed this picture and asked a couple questions about it.  He asked what year it was taken and if it was taken in Hawaii?  We took it down and looked at the back and found the year and the location.  It was taken back in 2013, and sure enough, it was off the coast of Hawaii.   He then said very humbly that he was the one flying the jet on the bottom.  We then asked, “how do you know that is you? He explained the picture and what he was doing.  He said that the formation is something you will never see.  They were only doing it for the picture. He said what you can’t see is the fuel tanker that was lined up about 4 feet away from them.  He said the two jets are actually right on top of each other and that he could not see the other jet.  We were so shocked, so we asked him to sign the picture!  After he left we did a bit of research and found out that this type of jet is only flown by a specific rank in the Air Force and there aren’t very many people that get to fly them.  This picture went from being really cool to a picture that will probably never be duplicated, AND WE HAVE IT SIGNED BY ONE OF THE PILOT! Side note, one of these jets costs $200,000,000! This was so awesome and we had to share it!  We are thankful for Col. Duke “Juice” Pirak for coming to Creekside Mortgage!  Fly, Fight, Win!