From Business Owner to Punk 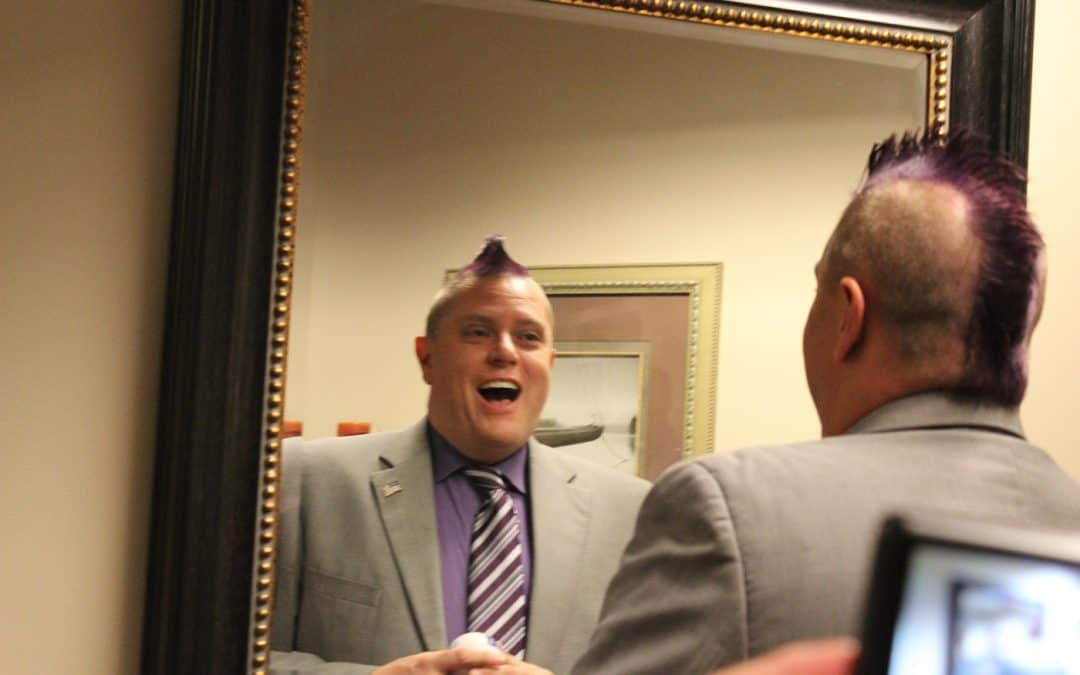 Vancouver, WA – The owner of a local mortgage company now has a new hairdo. Kerry Greenwald is sporting an edgy purple Mohawk to help kids of military families.

Kerry challenged his employees, friends, and family to raise $2000 for The Oregon Summer Star Program. The program teams up with Operation Purple to sponsor summer camps for kids with active duty military parents.

In return for meeting his challenge, Greenwald pledged to match the $2000 and promised to cut his hair into a purple Mohawk.

Greenwald fulfilled his commitment after a pre-celebration BBQ.  He sported his new purple Mohawk as he handed over a check for more than $4250.

The Pacific Northwest is home to nearly 98,000 active duty and military civilians who are often deployed for months at a time, each potentially leaving behind a spouse and children.

The Oregon Summer Star Program (partnered with Operation Purple) is a summer camp for children of our active duty military. The camps are structured with a military theme to help children relate to their parents service in a fun and exciting way.

“I grew up in the military and eventually joined the Army. As a kid growing up in that kind of environment, it would have been very helpful to get the same kind of experience that Operation Purple and the Oregon Summer Star Program now offer. “, said Greenwald.

More information about this event can be found at www.donationto.com/Operation_Purple